as first published on Bold + Italic

For readers with no basic language of Spanish, like our editor-in-chief, we have a glossary here.

Jonathan Bark was writing in his matera. Well, he wasn’t exactly writing. He had finished writing fiction for the morning and was struggling with a few complicated lines of Spanish in a workbook while waiting for Teresa to return from town. A hot breeze drifted into the south window, cooling as it traversed the few feet to Jonathan’s writing desk. It was at least ten degrees cooler inside the matera than it was outside, Jonathan knew that, and as hungry and bored as he was, he hated having to go out into the summer heat for lunch. It was comforting inside the matera. He felt solace inside there. The cool cement cube somehow liberated his muse.

He heard Teresa’s Jeep pull up, so he closed his workbook and turned off his laptop, stood, stretched, and looked outside the north window. There was a chimango strutting about on the withered lawn, its luteous feathers reflecting the sun. The hawk turned its head and glanced toward the matera, then beat its wings and lifted off the ground. The door handle to the matera rattled, slowly moved down, stopped just where the latch should release, moved up and down two or three times, caught the latch, clicked, and the door swung slowly open.

In walked Benteveo. He was four years old and his head was level with the door handle. He carried two stacked boxes tied together with blue string. The top box was smaller than the bottom. Benteveo, leaving the door open, trod around Jonathan’s writing desk and presented the boxes.

Jonathan looked quizzically at him. He forgot what a lechucita was. He thought it might mean chocolate, or sausage, and the boxes might be filled with them, so he tried to untie the blue string, but the knot was too tight. He pulled out his pocket knife and flicked open the blade. Benteveo stared fixedly at the shiny blade as it slipped under the string.
As Jonathan reached for the flaps of the top box, Teresa stepped in with Cisna, Benteveo’s mother, and Calandria, Benteveo’s three-year-old sister. Teresa was wearing a cotton dress.

“They are lechucitas,” Teresa said.

Jonathan, with fingers probed inside the box, looked up at Teresa and said, “I know. What are lechucitas?”

“Uh, the animal your mother loves. You know, what is it?” She contemplated for a second, then mouthed, “Oww-wws.”

Jonathan retracted his fingers. “Oh,” he said. He heard scraping noises, then a small cry. He looked at Benteveo, who was still staring at the shiny blade of the knife held between his thumb and palm. He closed the blade and put the knife in his pocket. Benteveo looked down at the box in anticipation.

Jonathan slipped his thumbs under the corners of the flaps and slowly lifted. Four well-dilated yellow eyes met the light. The birds were puffy brown-and-white down, and their wings were small, like those of a plucked chicken. One of them let out a weak screechy cry, then the other did also.

“We found them at a feria in town,” Teresa said.

Jonathan studied the birds, then Benteveo, who was gazing at the birds with fascination.
“What are you going to do with them?” Jonathan asked Teresa. “Cage them?”

Jonathan looked out the north window, then handed the small box to Benteveo, who cradled it.

“We have two more,” Teresa said. “Adults.”
Jonathan opened the second box. Four more well-dilated yellow eyes met the light. These birds were larger than the other two, and they were covered with burnish-brown feathers strikingly marked with black criss-crossing lines. One of them aggressively opened its wings, leaned its head forward, and hissed. Jonathan closed the box.
“My idea is to let the adults go,” Teresa said.

“OK. I am going to wash up.” He left them in his matera and strode across the dry lawn to the house. Gansa was outside, leaning over the barbecue, checking the underside of three splayed chickens. She threw a handful of sausages next to the chicken. He entered the kitchen door, passed through the kitchen, the living room, along a long hallway lined with doors leading to guest bedrooms, and into the back bedroom where the bathroom was. A desiccated wind steadily entered the bathroom window screen. The south wind, he thought. From Patagonia. No rain today.

He washed his hands and returned to the living room. Teresa, Cisna, Benteveo, and Calandria were in the kitchen. He stood at the periphery of the kitchen and studied them. The boxes were open, but from his perspective, he could not see the birds. Cisna was placing bowls of water in the boxes, and Teresa had pieces of raw meat in her hands, of which she handed portions to Benteveo. “Come,” Teresa said to Jonathan. “Watch.”
“No,” he said, and turned to walk to the patio’s sliding doors. He heard Teresa giving gentle instruction to Benteveo.

Looking through the screen, Jonathan noticed that the shadow of the patio roof was in equal line with its outside supports. The lawn’s yellow grass was eye-stingingly bright. Movement caught his eye. Across the lawn, on the other side of a large eucalyptus, a black cat ran hunch-shouldered with its tail between its legs. It stopped in the middle of the lawn, glanced up at the sky, then deftly darted to the left as a chimangoswooped by with grasping talons.

Jonathan flinched, then jerked his hand toward the screen handle just as a second chimango dove cross-wise and swept toward the cat’s haunches.

“Hey!” Jonathan yelled as he tore open the screen. The cat nimbly darted to the right and the chimango closed its talons on empty air. The cat bounded toward a field of tall sun-burnt wild grass on the other side of the wooden rail fence that surrounded the house lawn. Jonathan ran frantically toward the cat as the chimangoscircled above. As one of the chimangos began its decent, the cat was at least twenty meters from the fence, and Jonathan was at least thirty meters from the cat. Jonathan scooped up a handful of eucalyptus pods as he ran under the tree and threw one at the swept-winged bird, but the pod was captured by the wind and cast quickly to the ground.

“Hey!” Jonathan yelled again, as the bird rocketed nearer the cat. Just as it opened its talons . . . 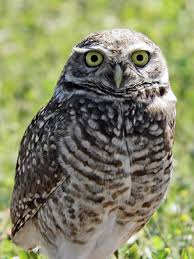 The art above was painted by Gene Brill and enhanced by Michael Lewis. 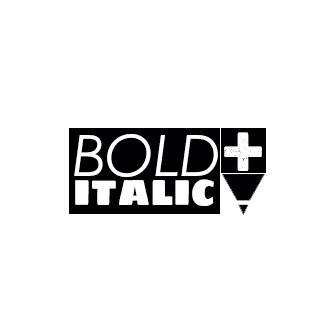 Stephen Page is from Detroit. He is part Shawnee and part Apache. He is the author of four books of poetry - The Salty River Bleeds, A Ranch Bordering the Salty River, The Timbre of Sand, and Still Dandelions. He holds two AA’s from Palomar College, a BA from Columbia University, and an MFA from Bennington College. He also attended Broward College. His literary criticisms have appeared regularly in the Buenos Aires Herald, How Journal, Gently Read Literature, North of Oxford, and the Fox Chase Review. His fiction has been published in Quarto, The Whistling Fire, and Amphibi. He is the recipient of The Jess Cloud Memorial Prize, a Writer-in-Residence from the Montana Artists Refuge, a Full Fellowship from the Vermont Studio Center, an Imagination Grant from Cleveland State University, and an Arvon Foundation Ltd. Grant. He loves his wife, travel, family, and friends. View all posts by Stephen Page.

2 thoughts on “Seeing at Night by Stephen Page”

Awards and nominations for Stephen Page

Where to find Stephen Page's books

Stephen Page is from Detroit. He is part Shawnee and part Apache. He is the author of four books of poetry - The Salty River Bleeds, A Ranch Bordering the Salty River, The Timbre of Sand, and Still Dandelions. He holds two AA’s from Palomar College, a BA from Columbia University, and an MFA from Bennington College. He also attended Broward College. His literary criticisms have appeared regularly in the Buenos Aires Herald, How Journal, Gently Read Literature, North of Oxford, and the Fox Chase Review. His fiction has been published in Quarto, The Whistling Fire, and Amphibi. He is the recipient of The Jess Cloud Memorial Prize, a Writer-in-Residence from the Montana Artists Refuge, a Full Fellowship from the Vermont Studio Center, an Imagination Grant from Cleveland State University, and an Arvon Foundation Ltd. Grant. He loves his wife, travel, family, and friends.

"Travel is the library of the mind." -- Stephen Page

"Do not want the things you give people." –- Stephen Page
Follow Stephen Page on WordPress.com